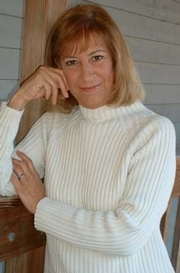 MARY-ANN TIRONE SMITH published her first novel, The Book of Phoebe, in 1985. Newsweek called it \'genuinely funny, smart, and endearing,\' and William Wharton hailed her as \'a writer of tremendous talent\'. Since then seven further novels have followed, each garnering much critical acclaim. Married with two children, Mary-Ann has lived all her life in Connecticut, except for the two years she served as a Peace Corps volunteer in Cameroon.