David Armstrong was born in Birmingham and now lives in Shropshire. He left secondary school without qualifications but later went on to read English at university in Cardiff. His first novel was short-listed for the Crime Writers\' Association Best First Crime Novel and since then his work has continued to receive critical acclaim. 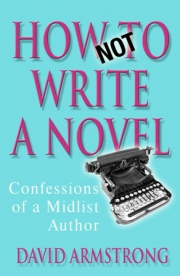