A Wicked weekend in the West End 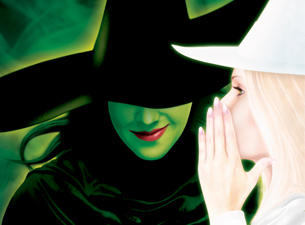 I know I’ve been in the big city for a while now, but I’m still in the phase of doing touristy London things – there’s just so much to see! Going to a West End show was one of the things missing from my list, so when I stumbled across some cheap tickets to Wicked on Lastminute.com I had to snap up the opportunity.

For the few people in London who haven’t actually seen it, I’d definitely recommend getting tickets. I’m not a huge musical fan; I don’t think I’ve been to see one since I was a kid. And I’ll admit, there were brief occasions during the show at which I winced slightly at overly sentimental lyrics. But overall it was fantastic, and not just because of the insanely powerful singing voice of the female lead. (At one point, when the ‘wicked’ witch was soaring through the air, my friend turned to me and quite rightly questioned, ‘How can she sing like that in a harness??’)

The performances were great (Glinda the ‘good’ witch started out incredibly annoying, but just got funnier), but it’s the story that I think makes the show. The whole point of Wicked is to encourage the audience to look at things from a different perspective; to not blindly accept one side of the story. One witch is labelled ‘wicked’, the other ‘good’, but do we really know what happened? It’s a question to apply to life in general – although perhaps it would be best to restrain yourself from breaking into song.