A walk on the Sunnyside

My most recent read from the inter-office library system (read: box of jumbled books behind my desk) was Sunnyside by David Glen Gold. A really interesting, if slightly unwieldy, story set in America during the Great War. One of the (many) strands follows Charlie Chaplin; his life, his relationships, his neuroses, and his movies at that time.

I finished the novel feeling that there was some small thing missing to really tie it all together but I am really intrigued about Chaplin himself and Hollywood in its early years. While I might get around to dipping into a biography this Christmas, what would be better of course would be to travel back in time and have a wander around Hollywood, take in a few sights, perhaps stop by a premiere of a Chaplin ‘two-reeler’…

So, maybe it’s me that crops up as a time-traveller doing an ET phone home here! 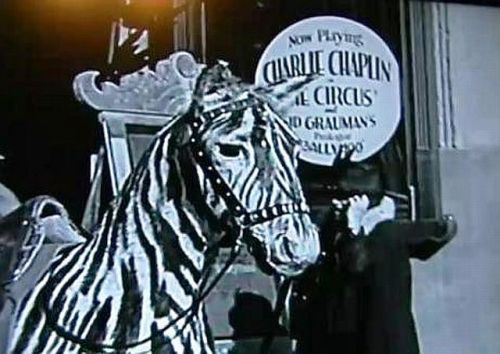 Modern-day movie maker George Clark thinks he’s discovered a ‘visitor’ taking in the sights and having a chat on a mobile phone caught in crowd scene footage from the premiere of Chaplin’s film The Circus. The  YouTube video (with almost 5 million hits so far since it went up a few weeks ago) has become an internet phenomenon, sparking worldwide debate. (Read more here…)

But regardless of who this strange-looking woman was and what she was doing, it begs the question – what time or place have you wanted to explore in more detail after reading a book?