When Joseph goes off to stay with his girlfriend Cynthia for the summer, he knows that she’s close to her family. And why not? Her mother’s a fantastic cook, her father is a caring, sharing kind of guy and it’s obvious that Cyn’s affectionate younger brother, Steven, has been missing her since she went away to college.

So at first Joseph is touched by the family’s closeness. He really is. The way they make every meal into an occasion, the way they stay up late into the night talking, the way they love to brush up against each other in the kitchen …

Joseph prides himself on giving people the benefit of the doubt. But as the summer wears on and the atmosphere in the family home grows hotter and stickier, the warning signs become hard to ignore. And it’s pretty scary having to live with a family who love each other just that little bit too much.

‘Stomach-turning, well-written, there is much to enjoy in this subversive novel, which is by way of a comic nightmare’

‘A clever, stylised novel, ripe with literary and religious puns and symbols… Watch Your Mouth is clever, witty and unpredictable’

‘A monsterpiece of creativity… Handler is a virtuosic and original writer’ 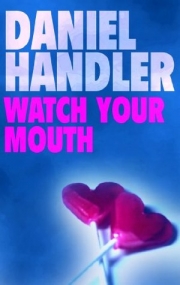 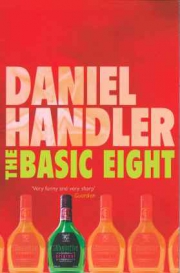