Rosemary & Thyme: The Tree of Death

Laura Thyme`s cousin`s son has recently become ordained, and is now the vicar of several small country parishes, the largest being Baffington. When Laura goes to visit him, she meets several of the locals, and witnesses the sudden death of one of them. A year later, Laura and Rosemary are summoned to help with an ambitious Medieval Fayre, organised by the local celebrity and historian, Franklin Danvers. Their task is to refurbish the very neglected churchyard, where the finest feature is a huge old yew tree.

On their first morning, they discover the body of a man under the tree, shot through the heart by an arrow. Unfortunately, most of the villagers had just received tuition in archery, and several of them had proved to be excellent shots!

Laura and Rosemary disagree as to whom they suspect of the killing. Rosemary has taken a liking to a local biochemist with a big secret, but Laura mistrusts him. The estate manager, Lyall, also behaves mysteriously. Even the vicar appears to have motives, means and opportunity galore?

The is thrown into chaos, as the murder reignites old rivalries, family difficulties and unacknowledged passions. All interweave to create a story about a killing where almost everyone is a suspect.

Be the first to review “Rosemary & Thyme: The Tree of Death” Cancel reply 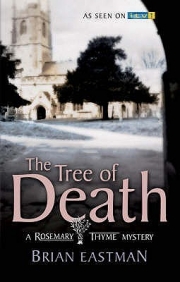