1938 is a tumultuous year on the small Trinidadian island of El Caracol, which houses a leper colony and a convent. In the sultry heat of the dry season a young orphan, Theo, is sent to live with the island’s doctor, Vincent Metivier. The doctor knows little of Theo’s past, only that it has been troubled and that he now needs love and attention.

As Theo settles into the rhythm of life in El Caracol, he begins to unburden himself of his demons. Every night, he sleeptalks his own strange, disturbing calypso about his childhood. Vincent listens and, gradually, learns what demons still haunt the boy’s mind. And as his friendship with the passionate, unpredictable nurse Sister Weil intensifies, Vincent finds his settled life spirally dangerously out of control, as war in Europe looms on the horizon.

A richly sensual, heartfelt novel, Night Calypso is the work of one of the world’s most imaginative writers.

‘A rich brew… Scott's style is a faithful revisiting of the period. He writes with an almost painterly precision about the look of things - the breaking of dawn, the power of the hurricane, the smell of fish, the changes in light and the mood of the sea… Night Calypso is unique in being a serious, knowledgeable and beautifully written treatise about a little-known corner of experience and its relationship to a wider world’

‘A stunning, uplifting, galvanic novel… Scott is already the winner of a Commonwealth Writer’s Prize; this mesmeric masterpiece will undoubtedly bring him yet more acclaim’

‘Lawrence Scott is able to strip characters to their souls. No other West Indian writer I know of is so adept at presenting an important West Indian conflict: the struggle between the sacred and the profane… Much of the beauty of Night Calypso occurs in the slow unravelling of the story of each character’s life.… The result is a rich plot filled with many questions… His plots are appealing because of their unpredictability… It is a haunting, appealing book because it forces the reader to face the fact that there is nowhere in world where we can hid from ourselves or the problems that face us’

Be the first to review “Night Calypso” Cancel reply 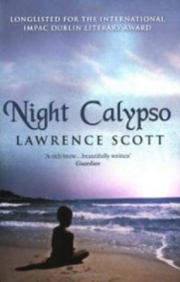 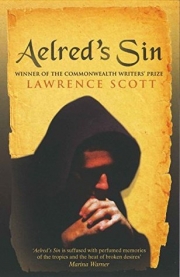