Lily’s Journey is a 1950s saga set in Dartmoor.

When fifteen-year-old Lily Hayes loses her mother, she is sent from London to live with her estranged father in the wilds of Dartmoor. In a remote cottage, Lily struggles to adjust to her new life with the dour Sidney Latham. As his gruff manner slowly thaws, Lily learns some of the secrets of her family’s past: the woman she grew up with was her grandmother, and her real mother and two brothers were killed in a bomb-blast.

But Sidney has more secrets to tell, ones which will devastate the young girl who no longer knows who she is. Though Lily’s life has taken a dramatic turn for the worse, there are some things she is grateful for – the fact that she has met the handsome and charming Edwin Franfield being top of the list. But heartbreak is not far away, and a stranger with troubles of his own becomes her surprising saviour.

'Tania Crosse never fails to create characters that jump off the page and capture the reader’s imagination and in LILY'S JOURNEY, she has truly outdone herself by creating believable characters which will hold readers spellbound, especially the indomitable heroine, Lily.
A fantastic yarn to curl up with and enjoy, LILY'S JOURNEY is another outstanding historical novel!'

Be the first to review “Lily’s Journey” Cancel reply 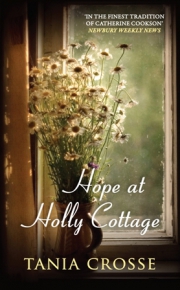 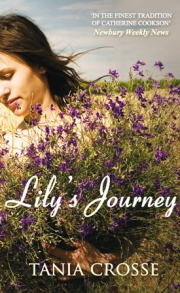