‘The war was a complicated time, Mademoiselle. Not everything is easy to discover.’

In war-torn France, charismatic Spaniard Luis elopes with high-born Elise from Paris and takes her to live in a small village in Catalonia. Little do they know that war will rip them apart, sending Elise into unhappy exile in England, and Luis to his death in the Resistance.

Many years later their daughter Madeleine returns to France to seek out her roots and the truth of her parents’ story. But her arrival in the Catalan village of her childhood unleashes more than she had bargained for, as Madeleine confronts the secrets of war and learns the shocking truth behind her father’s death. And as her own love story begins, she must come to terms with her past, and learn to forgive and to believe in the legacy of love her parents left behind.

This debut novel from Jane MacKenzie superbly conjures up the beautiful scenery of this corner of France, a place she has called home for the last seven years, and is a riveting holiday read.

'You can almost feel the warmth of the Languedoc sunshine'

'Beautifully evoking the sights and sounds of the countryside it vividly celebrates, Jane MacKenzie’s debut novel is a gripping story of family, secrets and the healing power of love.'

'Debut novelist Jane MacKenzie adds plenty of local colour to a story that combines the devastating effects of war with decades-old secrets and one woman's quest for the truth.'

'Mackenzie evocatively captures the beauty of the Banyuls region of France and how its mix of French and Catalan culture forms something unique ... Her prose is polished and characterisations well-rounded. This is a novel of quiet intensity and deep emotion.'

'I was really impressed with this story. Madeleine's dreary life in the 1950s with strict grandparents is beautifully portrayed and very effectively contrasted with the vividness of life in a Mediterranean village. The plot is engrossing - secrets from the war are uncovered, stories of betrayal and love come to light. A very satisfying story in many ways - characters you believe in and care about, wonderful descriptions of French Catalonia and a strong plot. It is hard to belive it is a first novel as the writing is so good. Highly recommended'

'This is the perfect holiday read - another example of the appeal of the 1950s and also of the type of story that crosses from one era to another. Madeleine is a heart-warming, interesting character - you'll really warm to her and want to know how she gets on with her quest to discover the truth about the death of her father. Absolutely riveting, I truly wanted to get to the end of this one!'

'This traditional novel is lifted from the mundane by the author’s diligent research into Vichy France and knowledge of Catalonia.'

'I loved Daughter of Catalonia - a beautifully told tale of love, war, secrets, families and village life - stirring stuff! It took me back to the unspolit 'other' South of France. Jane MacKenzie has captured French Catalonia perfectly - I can visualise the villagers dancing the magnificent Sardane! Superb!' 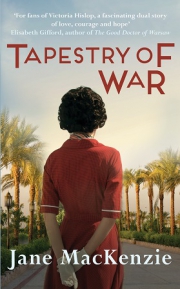 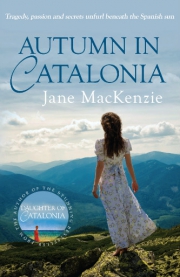 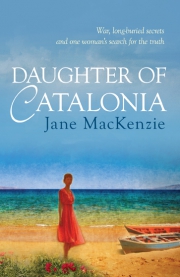